I booked the day off work and we all went to the Lego Discovery Centre in Birmingham. We had our photo taken, then went on the Kingdom Quest ride which was good fun. We then had a look round Miniland, which was great, having lots of Birmingham landmarks in Lego. We all went for lunch, having a nice Costa. We then built some cars for the Lego Racers, Build and Test. Ethan and I went in the Lego City Soft Play and then on the Merlins Apprentice Ride, followed by 4D cinema. It was a great day and i had lots of fun. 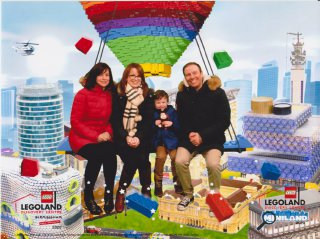