Sam and Debbie finally got married today. They got married at Stapleford Park in Melton Mowbray, which is a beautiful venue. Sam asked me to be best man which was a real honour, to which i accepted. Rachel and I got there early to help setup. We attached cans and a sign to a golf kart, which Sam and Debbie would be driving later. They got married at 12 and then everyone went out for photos, there was then a nice sit down meal. I did my speech after the food, i thought it went well but it was good to have done it. I had created a quiz on Debbie and Sam which everyone took part in. Afterwards they had a disco and some more food, it was nice to get round and speak to some of Sam and Debbies family. We got home at midnight, but it was a great day and loved being apart of their special day. 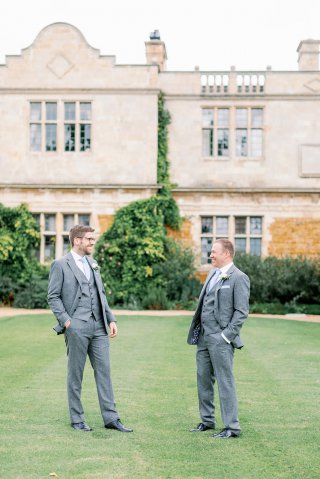 sam
and
i
debbies
wedding
sept
2020 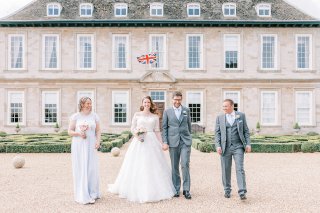