I was down to GB left on the server, so it was time to get the new hard disks in. I installed the new 5 drive bay, put the 4 new 12TB hard disks inside it, added the hardware RAID card in and then when i came to power it up the power supply wasnt large enough to power 9 hard disks, so i had to bring a 2nd power supply in to power the new disks. I used robocopy to migrate all of the files from the old software RAID to the new hardware RAID, which worked really well. Once that was done i updated all of the shares and symlinks before shutting the server down, removing all of the old hard drives and adding in a new SSD just for Plex metadata. I now have 37TB of useable space when the drives are in RAID5. While i had the server out i also removed some old cables and drives from the rack to tidy it up before putting the server back in the rack.
5
bay
hotswap
server
storage
space
upgrade
june
2021 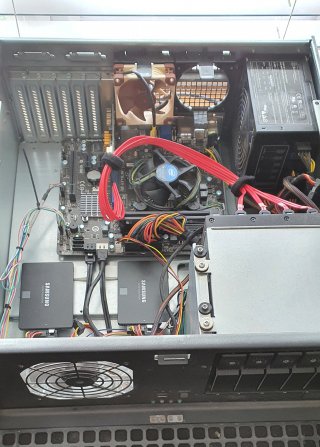 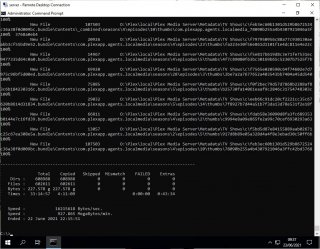