We got up and had breakfast in our normal place, we then went back to the hotel and packed. It started to rain rather heavy so we decided to wait until it stopped raining. We then went to the Trump tower and had a look at the bike that was built for him by OCC. We then went to the New York Zoo, it was cool to see a polar bear and also the snow leapard, what was also good was that in the back ground was the New York skyline, hard to believe while in the zoo that you were actually in the middle of a city. We then took a bike taxi around Central Park. On the way back to the hotel we went to Crumbs for a cupcake which was very nice, i had a cookies and cream one. We got a town car from the hotel to the airport and after trouble with checking in we finally got through to departures where we had a lovely pizza before bording the plane. When we got on the plane we had got upgraded and ended up having business class seats which were lovely, i slept for most of the flight and missed both meals. We landed on time and a 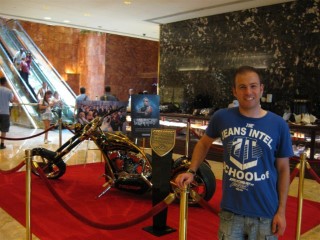 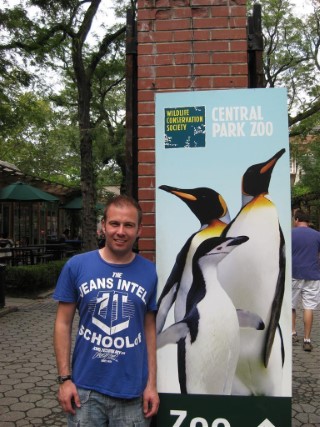 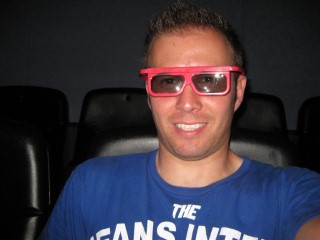 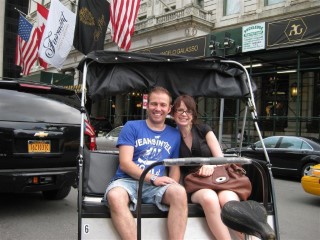