Rachel took me to Disney Land Paris for my 30th Birthday. We got up at 2am, got ready and drove to East Midlands Airport, we got checked in and then had a nice breakfast. The flight was really short, just over 1 hour. We landed in Paris and got on a Disney coach. We stayed in the New York Hotel, which was lovely. We arrived about midday and dropped our cases off and then went into the park. On the way we had a drink and a cake in Starbucks. The weather was great and the Castle looked amazing in the sun, we had a look around and then decided to go on some rides. We started off going on the Pirates of the Caribbean, which was fun, then onto Indiana Jones which we didnt realise had a loop in it, but we enjoyed it, we then went on Autopia, where you get to drive cars round a track, the stearing wheel is not very responsive and they dont go very quick but it was good, we then went on Space Mountain 2, having been on the one in America, i didnt think this was as good. As it was mid week and in term time, the pack was quite quiet, we queued for no more than 5 mins per ride. We had a walk round the rest of the park before heading back through the village, where we had a look inside some shops. In the evening we went out for an all you can eat buffet which was nice but very expensive and then finsihed the night by going on the Glice Skating rink which had just opened, it took at little getting used to but i soon got the hang out the skates. Rachel had decorated the room with bunting and ballons which was really sweet. 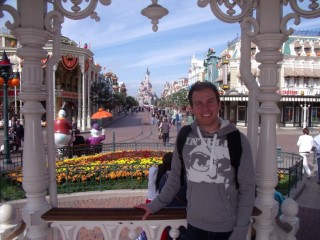 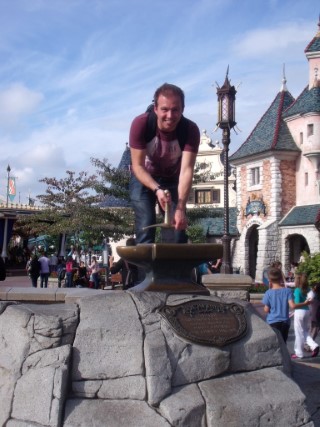 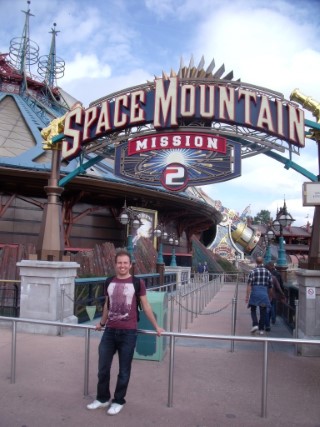 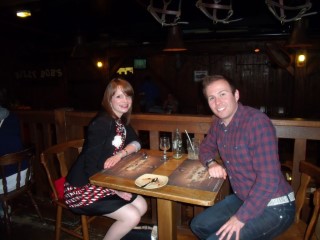 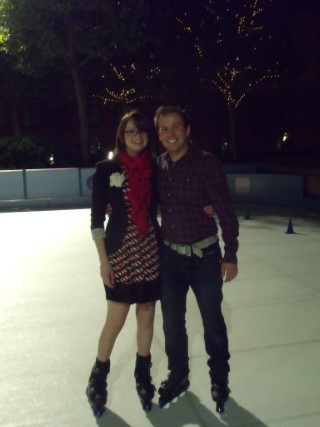