We were up at 6 today, had breakfast at 7 and then were in the park for 8 as you can get in 2 hours early when you stay in a Disney hotel. While the park was quiet we took a few photos of the Castle in the sun. We started with the Peter Pans Flight, it was quite fun seeing scenes from the film in miniture, there was no queue after the ride and they asked if we wanted to just stay on the ride. We then went to Dumbo, where Dumbo was spun round and you can use a leaver to move it up and down, it was quite fun and we got to see a good view of the park. We then went on Buzz Lightyear Laser Blast, this ride was great fun, you had a gun and you have to shoot targets on the way round, your score is displayed in front of you. We then left the park and went to the Disney Studios and started with Aladins Flying Carpets, they were much like the Dumbo ride. We then went on the Toy Story Mission Parachute, which takes you up high and then drops you a few times, great feeling of weightlessness and also great views of Disney. We then went on RC Racer which goes from horizontal to past vertical and then the same in reverse, didnt think this ride was going to be that good, but it was great. We then went on The Tower of Terror, the queue on this ride was the biggest we had seen so far, it is a lift that goes up 13 stories really quickly and then the doors open for you to look over the park, then it drops back down 13 stories. We then went on Crush Coaster which was a roller coaster which spins 360 degrees as it goes round the track. We ended the afternoon on the Armageddon Special Effects Show, which put you on the space ship as things hit it, there were real flames and water used. We then headed to Starbucks for a drink and a cake before heading back to the room. 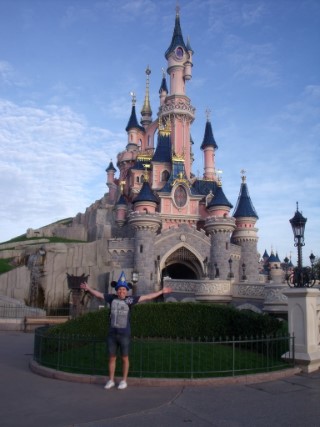 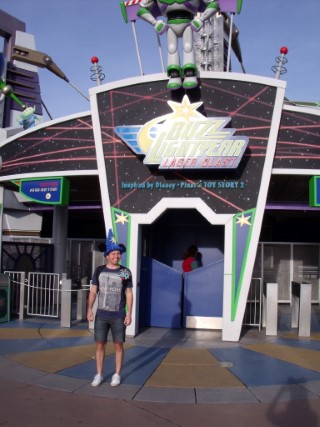 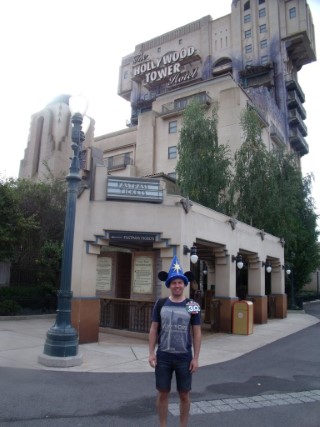 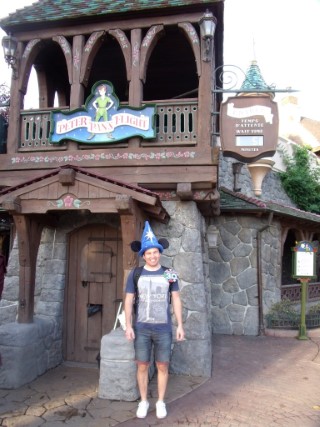 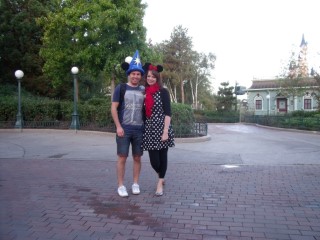