After a bit of lunch, we headed to the next location with the instructors from Teamplay, which was a gorge. We were handed wellington boots and some waterproof overalls to put on. Once in them, we walked down near the bottom of the stream. I was told we were doing gorge walking, which involved following the water course up the hill, scrambling up small waterfalls, crossing deep pools and walking in water. While walking up the stream, the instructors would put obstacles in the way so we would have to go underwater to get by them. On the waterfalls, i would have to go last after they had got the rest of the stag party to block the waterfall and they would all let the water go at once. The walk was really good and everyone had a great time. We then headed back to the barn. In the evening we had a BBQ outside of the barn, which was a great way to end a great day. 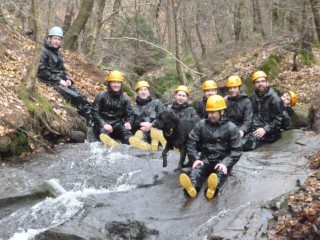 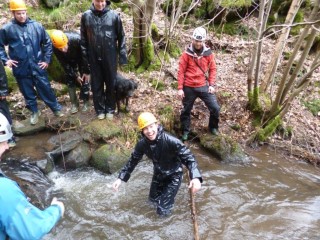 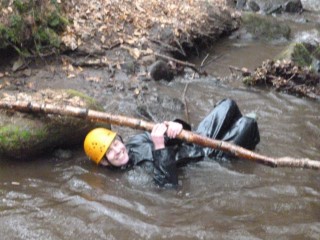 stag
do
march
2014
gorge
scrambling
me
under
the
log 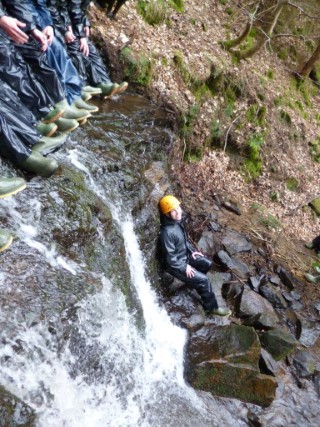 stag
do
march
2014
gorge
scrambling
me
under
the
waterfall