The bin store had started to leak and wasnt easy to get into, so after speaking to my Dad we thought it would be a good idea to put a small pitch roof on it. While we were doing that we decided to get some extra tiles and replace the roof on the seat we had built with tiles so that in the future that wouldnt become an issue. We got some tiles which were a close match to the tiles on the house and they have both come out really well. Whilst working on the garden i fixed some of the wiring issues with the garden lights. 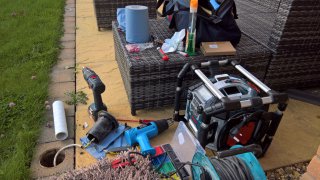 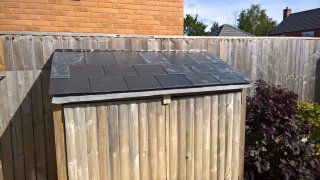 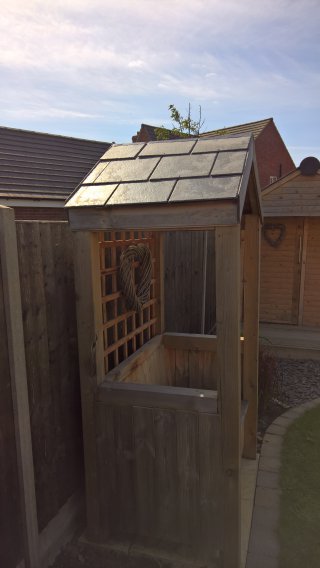 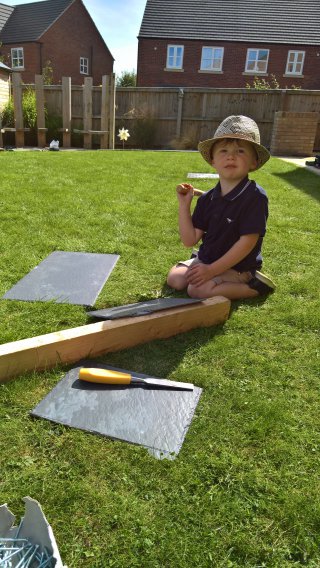